The Fiat 500e was introduced in 2013 and was available for purchase in California and Oregon. It was produced from 2013 to 2019 with just over 16k units being sold. These cars would seem to be pretty rare, however I have seen multiple of them up in British Columbia. 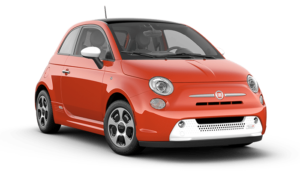 This car was different then the ones we have seen previously. Not only would it not move or charge, the owner had driven it until it was completely discharged then parked it for multiple months. This is problematic for electric cars, as the car will only charge the battery if it is above a certain voltage threshold. This car was just at that level when it was towed in but slowly made its way even lower as it sat waiting for parts.

When the parts finally showed up and were installed the car would not accept a charge and had multiple faults all pointing to the battery being too discharged. That gave us three options. One, replace the battery with a new one. Two, try too find a used one. Three, pull the battery out and attempt to repair it.

Fiat will not sell us a battery so option one is out. Finding a used battery is almost impossible and the condition is unknown. That leaves us with option three.

We have a winner. Option three it is.

So out comes the battery for a second time. This time I will be become very familiar with how the battery is designed and built in order to determine the best way to repair it. 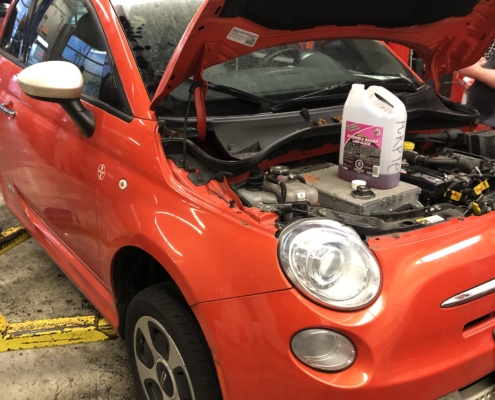 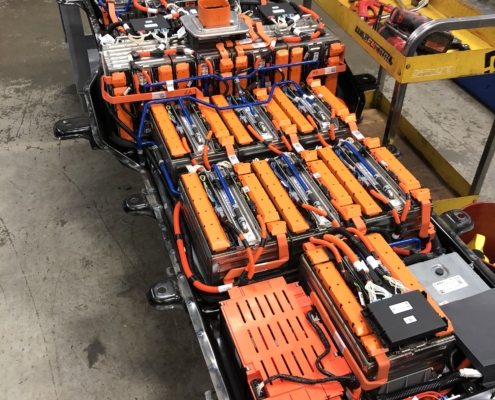 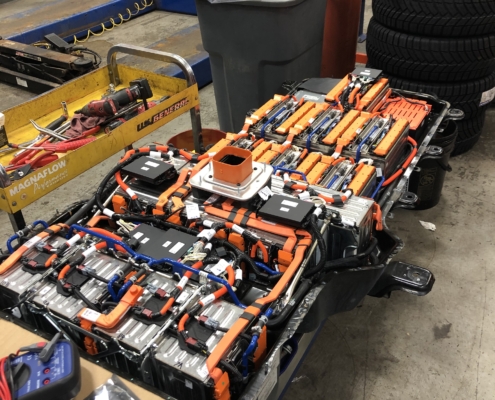 This battery has been designed very well and allows for easy repair, inspection and servicing. All of the battery modules are laid out nicely and they are even labeled! This battery unlike the Nissan Leaf’s is liquid cooled. Weird how Fiat spent the extra money to ensure the battery did not degrade on a car they were only selling as a compliance car. Anyway back to repairing the battery.

The first thing to determine was how gone the battery was. After identifying the layout of the battery I started taking open circuit voltage (OCV) measurements. The first cell was at 2.67V. Ok, the second one was at 2.65, great. All 97 cells were at OCV of anywhere from 2.53 to 2.74. I won’t go deep into Li-ion battery chemistry, but a standard Li-ion cell should not drop below around 3V. Seeing as all of them were below that threshold explained why the car would not charge. 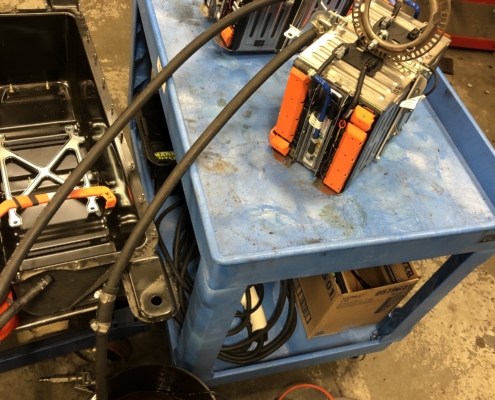 With the problem determined a plan had to be created. At the most basic level these cells are no different then any off the shelf Li-ion battery cell. This gives us many options in terms of charging the batteries. We had an RC car battery charger lying around which supports many battery types including Li-ion at up to 6 cells in series. Well it just so happens that there are 7 modules with 6 cells and 11 modules with 5 cells. After creating a custom battery balancing harness to allow me to easily connect to the modules I start hooking them up to charge. When charging Li-ion batteries that have been over discharged you have to be careful incase the cells were damaged in the process. I chose to use the battery’s original liquid cooling loop and a aquarium pump to circulate a water/antifreeze mix through the battery. I charged the battery modules for three hours at 1 amp, stopping every hour to check OCV and performing checks of temperature constantly. Each cell has a capacity of 60Ah. If I was to charge up each module to full capacity it would take months. Instead I charged each module up 3Ah. At the end of the charge session each cell had a OCV of around 3.3V. This was repeated for all 19 modules in the battery. It took a total of eight day to finish charging the battery. There was always someone nearby keeping watch of the battery and no charging was performed overnight to ensure there were no issues. 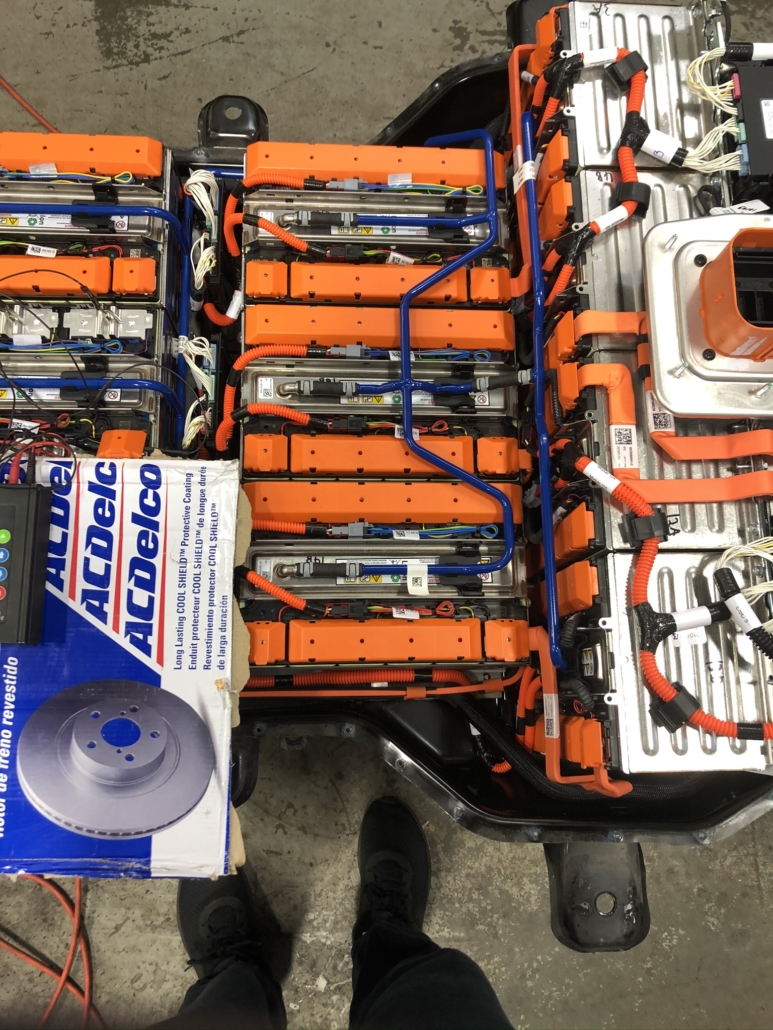 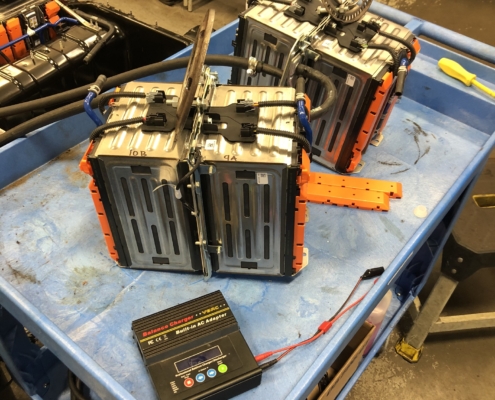 The battery is made up of 97 cells made by Samsung SDI with a capacity of 60Ah. With all the cells being wired in series this gives the battery a working voltage range of 310V-380V.

The battery was manufactured by SB LiMotive, a joint venture between Bosch and Samsung SDI.

It uses a Bosch computer as the main controller with multiple Bosch BMS units scattered around the battery. 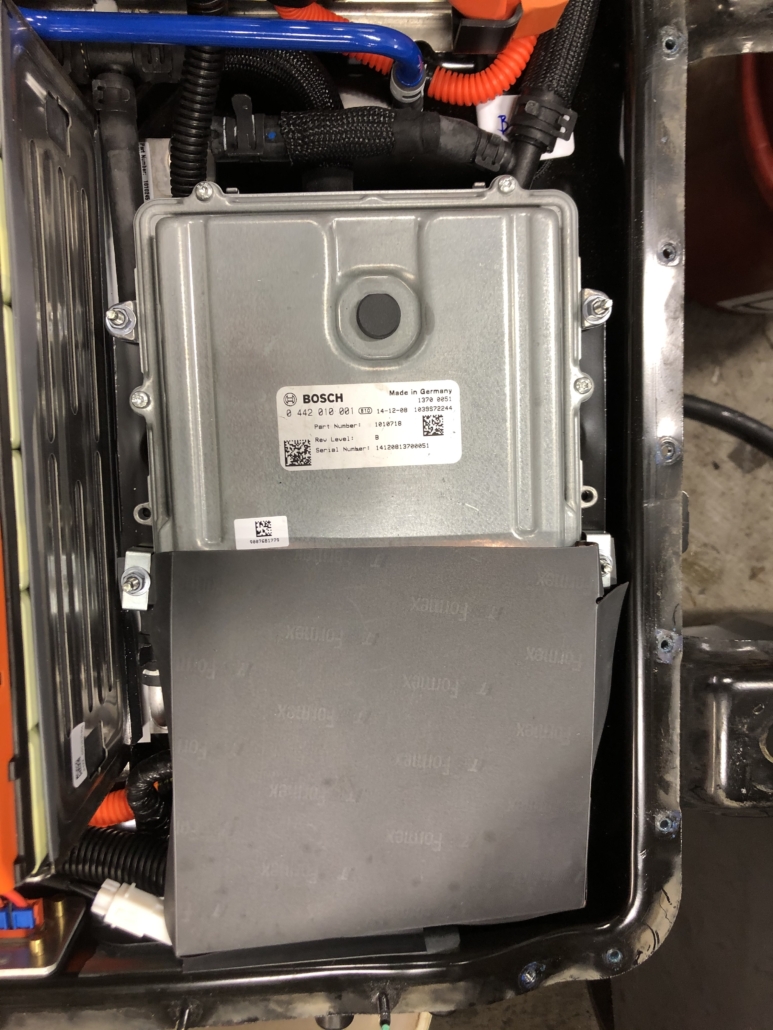 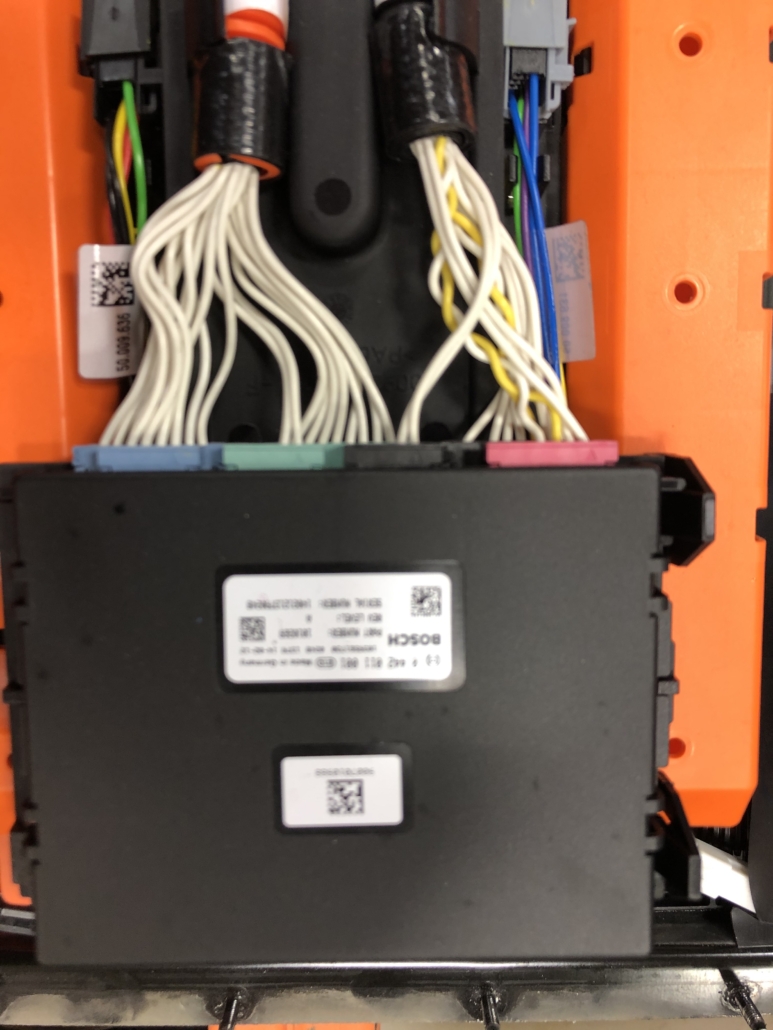 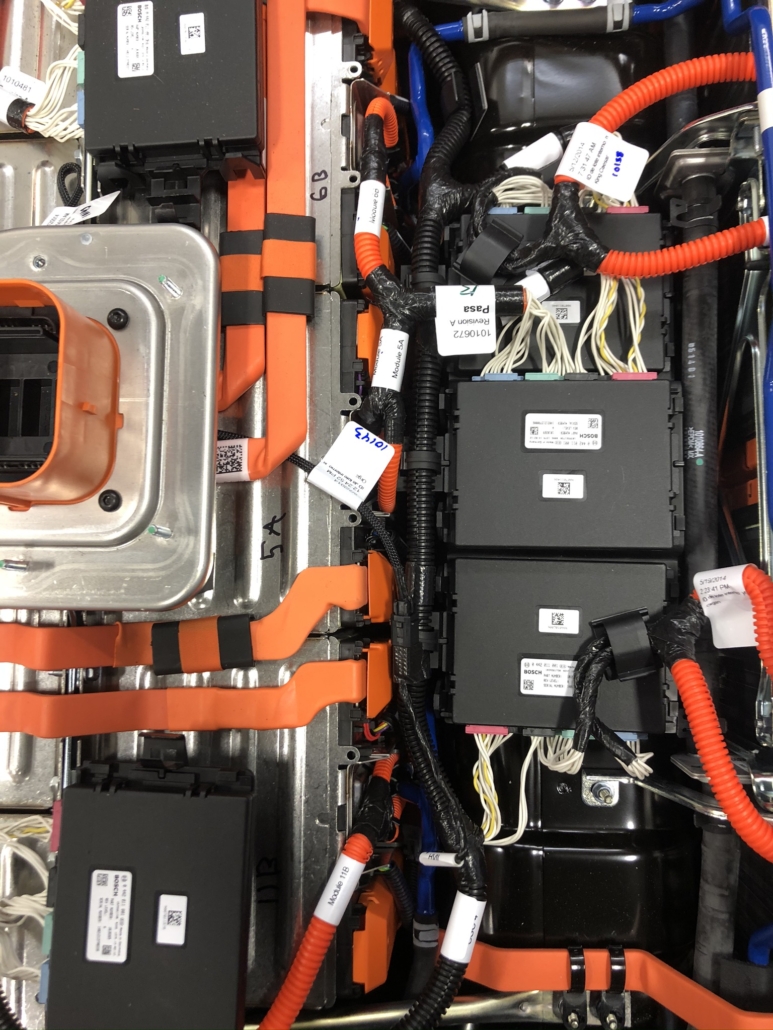